Dale Carnegie and A Hunger for Sales 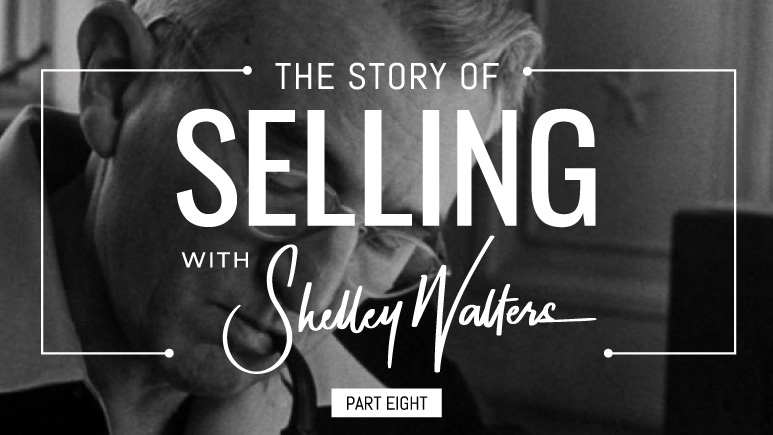 This is completely understandable, and it is the reason why I prepared this series for you, an entertaining trip into the recesses of history where you will learn more about the heroes, ground breakers and the villains of our profession.

How to Win Friends and Influence People

Much like Thomas Watson Sr (IBM), Dale Carnegie’s parents were humble farmers who lived an extremely basic life. Born in 1888 as Dale Carnagey, he graduated from college with a teacher’s degree, and thoroughly enjoyed the extra-mural and cultural activities his schooling had brought into his life.

Not much of an athlete, Carnegie learned at an early age that he had a great way with words, and frequently entered public speaking competitions on the college circuit at the time. He won the majority of contests, and other students began offering him paying gigs to train them as public speakers.

Saving up money to move to New York and try his hand at acting, Carnegie took on a travelling salesman job for the International Correspondence Schools and another for the meatpacking business Armour and Company.

By 1911, he had saved $500 – enough to quit his job and enrolled at the American Academy of Dramatic Arts in New York. He soon landed the leading role of Dr. Hartley in a travelling production of Polly of the Circus but hated the experience and enlisted in the United States Army instead.

Carnegie would serve for about a year during World War I, and after his discharge from the military, was hired as the business manager of a travelling lecture course taught by Lowell Thomas, the writer and broadcaster best known for his coverage of Lawrence of Arabia.

Carnegie came to realise that his days teaching other students how to speak in public had given him a great foundation for a career, and he successfully pitched to the YMCA, who provided him with a space to hold night classes in return for a cut of the profits, teaching public speaking skills for adults.

Two years later, Carnegie would move his classes from the YMCA into his own premises – the Dale Carnegie Institute and also published his first book, titled ‘Public Speaking and Influencing Men of Business’, which was also a textbook for his courses.

A Name Change and an Increase in Success

Shortly after the book came out, Carnegie cleverly changed his surname from Carnagey to Carnegie. The name change catapulted him further into stardom, as the new spelling made people associate his classes and books with the famous Carnegie family, to whom he actually bore no relation.

Over the next two decades, Carnegie came to realise that the most successful business people in any given industry were not those with the most technical know-how, but rather those with the best people skills. Not only did students need to learn effective public speaking skills, they also needed to learn social and communication skills which would allow them access to leaders in all industries.

In 1936, there was no textbook on this subject, and so Carnegie began the research that would result in his ground-breaking book, ‘How to Win Friends and Influence People’ which went on to become a best-seller. Much like his classes had, the book struck a chord with those hungry for self-improvement and sold almost 5 million copies during Carnegie’s lifetime. The book was also translated into every major language.

Fuelled by the success of his book, the Dale Carnegie Institute exploded in popularity. Carnegie also noticed that customers were becoming savvier, and that gimmicks and shady sales tactics were not well-received by potential customers. This methodology relies on fostering authentic, customer-centred relationship through building trust, offering insights and meeting business objectives.

Learn from The Most Successful People

Carnegie believed that the best way to learn the secrets of success was to read up on history’s most successful people. He published several books in the years that followed, including a biography of Abraham Lincoln, and in 1948 a second self-help book followed titled, How to Stop Worrying and Start Living.

Before Carnegie’s death in 1955, the institute had expanded into 750 American cities, as well as 15 foreign countries and by the time he passed away it was estimated that 450,000 people across the globe had taken at least one of his classes. The Dale Carnegie Institute has continued to expand and currently operates in 90 countries

Many will never know the pressure and thrill, struggle and connection, disappointment and exhilaration involved in the life of a salesperson. But for a few, this is the life they choose day after day. It is the story of triumph over struggle, victory over defeat. Prosperity over poverty, and success over failure.

Dale Carnegie set out to pursue a career in acting but found himself in sales, when one considers what he ultimately accomplished it can hardly be seen as a compromise can it?

Which timeless principals that Dale Carnegie wrote about in How to Win Friends and Influence people do you think could and should be re-enforced today?