The Story of Selling – The Visionary Estée Lauder 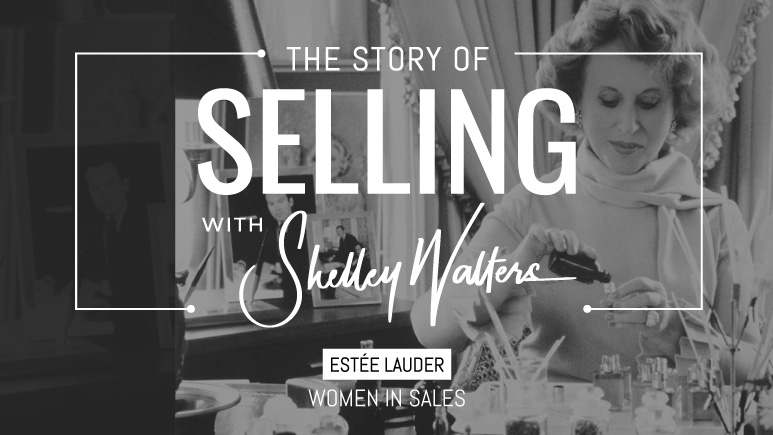 A visionary and an inspiration

“I never dreamed about success. I worked for it.” – Estée Lauder

This month, in South Africa, we celebrate women across the world, and we dedicate the month of August to reflect on, acknowledge and celebrate the influence and impact of women not only on our lives but also on business, medicine, education, art and so much more. No such conversation could then be complete without exploring the impact that women have had on sales. So here we go…

There is hardly a woman who has not heard of the world-famous Estée Lauder brand and their cosmetics ranges. What is a lot less known is the story of how Estée went from being a little girl with dreams to a world-leading businesswoman who created a brand and a business that would serve millions of customer with thousands of products over many decades.

The truth of the story of Estée is far more fascinating and inspiring than even the glossiest magazines would hint at.

Estee as an adult was described as “full of energy, always on the go, fidgety, and quite hyperactive. Life is in a constant motion for her and she devours it powerfully. She has a great ability to put thoughts into action, and there is no wait once she sets her mind on something”

She was known for her passion, her drive and her focus all qualities she had as a girl and rivalled that of many of the young men of her age in those days, and her energy as a ‘challenger’ – of conventions and beliefs – is one that fills us with pride, for breaking moulds and shattering glass ceilings.

A passion from her youth

Born in Queens in New York to a Hungarian mother, and a Czech father – Estée’s early years were uneventful until she saw her interest in the beauty industry sparking when she was still in high school. One vacation her Hungarian uncle came to stay with her and the family. Estee was smart and curious, so she asked him how he made the face creams he sold. He showed her how to create rich skin creams in their kitchen, which became such a success that before they knew it they had to move the production out of her mother’s kitchen and into the stables at the back of the house.

Her uncle taught her not only the recipes, but also how to apply the products and the benefits, and the combination of opportunity, the right character, a booming market, and an undeniable work ethic was born!

Marrying her husband Joseph Lauter in the early 1930s and moving to Manhattan – the couple then corrected their surname to its original spelling of Lauder (the spelling error had occurred many years back when Joseph’s family had emigrated from Austria to America) and so began their journey.

Estée used to apply face creams to ladies who were in the hair salon, while they sat under the dryers, and through perseverance in 1946 she and Joseph officially launch the company, almost immediately receiving a larger order from Saks Fifth Avenue – to the princely tune (back in those days) of US$ 800!

Every woman can be beautiful

Estée believed that every woman, no matter who she was, her walk of life or social standing, could be beautiful, and it was armed with this philosophy, creativity, and tenacity like no other that she faced the cosmetics industry.

She seemed to have an uncanny knack and ‘feeling’ for what women wanted, and she was the epitome of a sales lady and a marketer – skilled beyond her time.

Estée pioneered the ‘Gift with Purchase’ concept. Of course, this was copied after that by many other brands. One that is still used today to sell cosmetics, and she always believed in the ‘High Touch’ service – believing that you needed to ‘touch’ your customer – putting the products on their faces and explaining to them about the products, the ingredients and the benefits.

With their advertising campaigns, Estée always insisted that they only have one face of the brand at a time, and print campaigns were thoroughly thought out and designed by Estée herself. She also attended almost every single store opening in person. She stayed on in that city or town to train the beauty advisors in-store and to chat with magazine editors and store buyers in person.

I love her mantra of “Telephone, Telegraph, Tell a Woman” – in an age before social media or social selling, she already knew that if someone liked your product they would share about it by telling their friends – that person to person recommendation that we are always striving for in sales, even to today!

Back in the 1950s perfume was only worn on special occasions and was usually gifted to a woman by a man. Estée wanted to change that and allow women to buy their own perfume and launched her ‘Youth-Dew’ bath oil, which was scented and doubled as perfume and its sales skyrocketed.

The launch of brands like Aramis and Clinique saw the success of Estée Lauder cemented into the history books, and she welcomed her family members into the business before retiring in 1995 and ultimately passing away in 2004.

Today Estée Lauder products are sold to women in over 150 countries, and the brand continues to evolve and innovate and maintains her core values of – respect for the individual, integrity, generosity of spirit and entrepreneurship at its forefront.